It can be found on the Documents Page 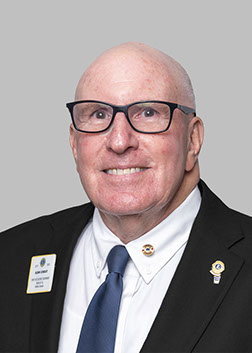 Dr. Jung-Yul Choi of Busan, Republic of Korea, was elected to serve as international president of Lions Clubs International at the association’s 102nd International Convention, held in Milan,

A member of the Busan Jae-il Lions Club since 1977, President Choi has held many offices within the association, including club president, cabinet secretary, district governor and international director. He also served numerous times as a DGE Group Leader and served on 11 committees as a member of the International Board of Directors. In addition, he was a chairperson of the 39th OSEAL Forum in 2000 and a host committee chairperson at the 95th Lions International Convention in Busan in 2012, the largest convention ever held in Lions history.

In recognition of his service to the association, President Choi has received numerous awards, including the Humanitarian Partnership; Senior Master Key Award; 100% District Governor

upon its members. He is also a Progressive Melvin Jones Fellow.

In addition to his Lion activities, President Choi is chief executive officer of Koala Company, Ltd., an international trading company, and is also a past director of the Busan Sports Association.

President Choi and his wife, Seong-Bok, have one son, four daughters and two granddaughters.

Lion Glenn, a Lion since 1982, is a Charter Member and Past President of the North Newmarket Lions Club, where he currently serves as 1st Vice President.

Lion Glenn was named Lion of the Year by his club for the 2016-17 Lion’s Year and was named as a Lions Quest Fellow, at the 2017 District A16 Convention. Currently serving as District Governor, he has also served as Zone Chairperson, Region Chairperson, Vice District Governor and District Youth Awareness Chair. He is a Certified Guiding Lion, a graduate of the Advanced Lions Learning Institute, a Lions Quest International Trainer and a Lions Certified Instructor.

Lion Glenn and Maria have been married for 48 years, have two sons and have resided in Newmarket for the past 39 years. Lion Glenn who holds an Honours B.A., a B.Ed. and a M.Ed. is retired after 40+ years in education, as a teacher, consultant and principal. He remains active in both the local and broader community. His volunteerism includes, The International Toronto Film Festival, Luminato, and the Canadian Screen Awards in addition to his involvement as a Lion. He is a past President and currently 1st Vice-President of District 17 of the Retired Teachers of Ontario.