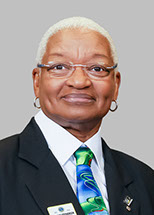 Many of you have heard me say that one of our goals as a district is to leverage the skills, experience and knowledge of our Lion members in order to sustain the development and growth of our potential future leaders. Succession Planning is a process developed to ensure that Lion members are recruited and developed to fulfill critical positions/roles in our organization. The need for this has become even more evident recently as, for almost two years we have been without a zone chair without a potential replacement or a pool from which to draw one. Another obvious example is a lack of candidates competing for higher level positions such as VDG/DG etc. We have spoken of Succession Planning before but now more than ever we must act. Many of our experienced and knowledgeable Lion members are understandably tired, aging and hesitant to take on any leadership roles.

When we speak of succession planning, we envision a process where we invest in potential candidates who are identified as having the skills and or competencies to move into leadership roles. We have always asked our Region and Zone Chairs to be on the look out for these individuals. When we look at our demographic profile (age, skills, health, experience, knowledge etc.); as we plan our next steps to address this, we recognize that we need to focus on mitigating the risk of being left flat footed without an exit strategy or replacement pool from which to draw. Our number one priority must be to protect the health and vitality of the District A16 Lions organization.

As a District we are addressing this firstly, by having created co-chairs (or vice chairs) for all key district positions so that if a member is forced to leave for whatever reason, be it health or personal occurrences, we have a plan to seamlessly replace our top talent. This allows us to be resilient and prepared in the face of the unexpected. This also provides the opportunity to develop future chair candidates.

It is not just our district leaders who are tasked with recruiting new and potential leaders but I am asking all District A16 Lions to look within our clubs, communities, and social circles etc. to build on what we have come to enjoy and appreciate and encourage these members and or future members to step forward.

President Sheehan is the founder and CEO of Rural Computer Consultants, a software development company.

A member of the Bird Island Lions Club since 1991, he has held many offices within the association, including council chairperson, long range planning chairperson, membership chairperson, retention chairperson, women’s initiative chairperson, MD convention chairperson, GMT Liaison and GLT area leader. He has also served as the chairperson of the Headquarter Operation & Finance Committee, Lions University coordinator, DGE group leader, and board appointee to several committees including Constitutions and Bylaws, LCIF Executive, LCI Executive, USA/Canada Lions Leadership Forum and the Centennial Action committees. He has been a presenter at numerous Lions events, including many of the Global Forums.

In addition to his Lions activities, President Sheehan is active in numerous professional and community organizations. He has served as president of Bird Island Civic and Commerce, director of the Learning Funhouse and as a member of various school committees. He also received the 2011 U.S. SBA Minnesota Small Business Person of the Year Award.

President Sheehan and his wife, Lori, also a Lion and Progressive Melvin Jones Fellow, have two sons and two daughters. And in their spare time, they have enjoyed raising many types of exotic animals.